Where Are They Now - White Lion, Stonehouse 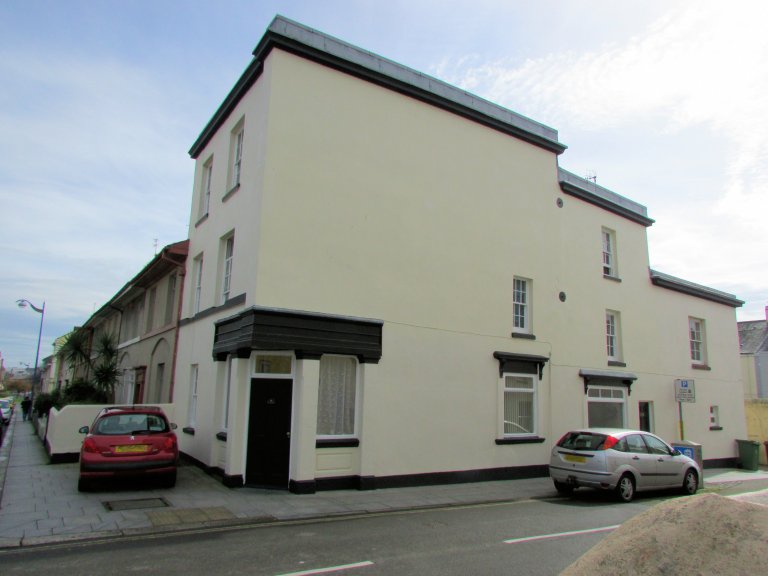 One of a whole range of pubs along the straight stretch of road between High Street and King Street, Stonehouse, this traded as a public house until late 1995. It stood on the corner of Clarence Place and Battery Street, opposite the wall of the former Royal Naval Hospital, Stonehouse.

Fortunately for the White Lion, and its’ customers, it survived the dark days of the Blitz of April 21st and 22nd April 1941; however, others close by were not so lucky. At this time, it was owned by Ind Coope Brewery, and, unusually for the area, had a full Public House license.

Sadly, the pub closed its’ doors as a pub for the last time in late 1995. After some alteration, it reopened a few months later as, just to confuse people, the White Lion Café. Large black lettering between the windows of the upper floors, and the use of street-level sandwich boards, helped to inform customers of the new use. They specialised in good-value breakfasts and home-made meals, and, unusually for the time, delivered food orders.

After a number of years, the pub/café closed its’ doors for the final time and the building is now believed to be in residential use.