Where Are They Now - Stoke Vaults 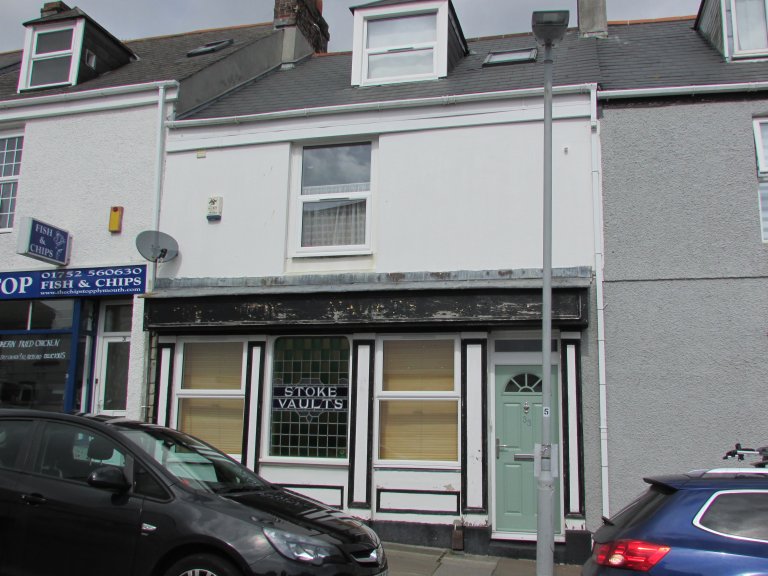 The building is believed to be at least 220 years old, and has been licensed as a beer house since at least 1865. It was one of many back street pubs located in the Stoke Area of the city, with a further two located just 100m further down the street (the Waterloo and the Steambridge). It was listed in the CAMRA book, Devon Real Ale Guide of 1990, serving just the one real ale, Courage Best Bitter.

Sadly, by the next edition of the Devon Real Ale Guide in 1993, the pub was not listed so I can only assume that real ale was no longer available here. It is also one of a small number of Plymouth pubs that I can’t honestly remember having visited – but I must have done at some point. I’ll put this down to there being no real ale here – there were others close by such as the Stopford Arms, Waterloo and the Lounge within walking distance, all of which served real ale.

The pub now appears to be in residential use, having closed at some time in the 2000’s